Looking to escape the 9-5 and head off somewhere a little more exciting for a while? We reckon you’ll be bowled over by Claxton. Sitting pretty in North Yorkshire, it’s one of our favourite places in United Kingdom.

Most people tend to go to Claxton for 2 days, and they particularly like jetting off in June. September has proved itself the least popular time to travel – but going in the low season does have some plus points, like littler crowds and bigger bargains.

Once you’ve decided when to go, you need to pick a place to stay. If you like taking your lead from others, you might find it interesting to know that most of our customers go for 4-star accommodation, which will set you back around £74.24 a night, while Mercure York Fairfield Manor, The Grand Hotel & Spa, Hampton By Hilton York, DoubleTree by Hilton York and Novotel York Centre Hotel reign supreme as the most-booked hotels in Claxton.

But there’s no need to copy everyone else – we’ll sort you something that’s right for you. If it’s a three-star hotel you’re after, we can find you somewhere for as little as £27 a night, although most places are closer to £58. For a four-star room, you can expect to pay £74 a night, with the cheapest option being just £36. And if you’re looking to live a life of luxury, we’ve got some five-star places on our books, too. These average out about £82 a night – but, if you’re lucky, we might be able to source something for £54.

Browse a cracking selection of the most popular hotels in Claxton

York
7.9
(based on 67 reviews)
Hotel was lovely with some modern touches, room was clean but a little on the small side (double duplex). Very nice breakfast served and the bar was a pleasant atmosphere to relax and have a drink at night. Would stay again!
Natalie from Manchester checked in Thu 30 Sep 2021
Room Price from
£32
(per person per night)
View More 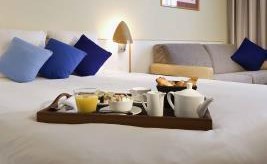 Work out when the best time is to visit Claxton
Looking for Hotel Only in Claxton ?