Thinking about packing your bags and heading off to United Kingdom? Why not give Loughor a go? A real gem of a place, it’s one of the best spots in Carmarthenshire for a holiday.

But before you set about purchasing your shiny new holiday wardrobe, you’ve got a few decisions to make – like when to go and where to stay. Most people head off to Loughor in July and stick around for 1 nights. Not many people visit in January, though, so it can be a good choice if you want to bag yourself a bargain. So, whatever your budget, we can certainly sort you a top-notch deal.

When weighing up your options, you might find it helpful to know that most holidaymakers opt to stay in 3-star accommodation, which will set you back around £54.86 a night. However, the cost is usually determined by the quality. Most four-star hotels in Loughor work out at £37 a night, with the cheapest option costing £28. But, if you’re willing to kick it at a three-star place, you probably won’t pay much more than £55 a night – and we can even find you somewhere for only £46.

However, if money’s not a huge concern, and you just want to stay somewhere that draws a crowd, Dragon Hotel, The Grand Hotel, Best Western Diplomat Hotel and Spa, The White House and Dolphin Sa1 are the hotels that take top billing.

Browse a cracking selection of the most popular hotels in Loughor 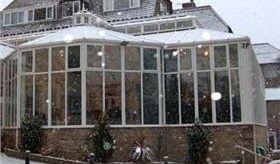 Felinfoel
8.1
(based on 5 reviews)
Room Price from
£41
(per person per night)
View More

Work out when the best time is to visit Loughor

Find the right flight for you to Loughor
Looking for Hotel Only in Loughor ?