Looking to escape the 9-5 and head off somewhere a little more exciting for a while? We reckon you’ll be bowled over by Milan Airport. Sitting pretty in Lombardy, it’s one of our favourite places in Italy.

Most people tend to go to Milan Airport for 3 days, and they particularly like jetting off in March. October has proved itself the least popular time to travel – but going in the low season does have some plus points, like littler crowds and bigger bargains.

Once you’ve decided when to go, you need to pick a place to stay. If you like taking your lead from others, you might find it interesting to know that most of our customers go for 4-star accommodation, which will set you back around £56.25 a night, while Doria Grand Hotel, Ibis Milano Centro Hotel, Napoleon Hotel, Starhotels Business Palace and Hotel Ascot Milano reign supreme as the most-booked hotels in Milan Airport.

But there’s no need to copy everyone else – we’ll sort you something that’s right for you. If it’s a three-star hotel you’re after, we can find you somewhere for as little as £28 a night, although most places are closer to £41. For a four-star room, you can expect to pay £56 a night, with the cheapest option being just £21. And if you’re looking to live a life of luxury, we’ve got some five-star places on our books, too. These average out about £93 a night – but, if you’re lucky, we might be able to source something for £65.

Hotels aren’t the only thing we’ve got heaps of – we’ve got our fair share of flight options too. Milan (Malpensa) tends to be the most affordable airport to fly into, but Verona, Milan (Malpensa) and Bergamo are all popular choices.

Milan
8.2
(based on 47 reviews)
Lovely hotel and room was spacious and clean with good quality linens. A fabulous breakfast was included in our room rate. Hotel very close to Metro stations and Milano Centrale. Recommend.
Belinda from Battle checked in Sat 19 Oct 2019
Room Price from
£32
(per person per night)
View More 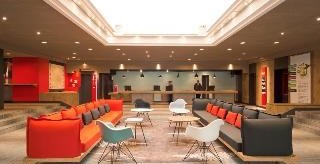 Milan
7.6
(based on 14 reviews)
Great location close to places of interest and public transport . Staff very helpful. Clean and in good repair. Breakfast limited choice but very good.
Frederick from Walsall checked in Mon 06 May 2019
Room Price from
£44
(per person per night)
View More

Check out our amazing blogs and get the lowdown on Milan Airport before you go!

Win a Pair of Flights to Italy!

We’re giving away 2 tickets to Italy, courtesy of Blue Air! Blue Air, the largest airline of Romania, operates across more than 100 routes in Europe. With a base in…

Work out when the best time is to visit Milan Airport

Find the right flight for you to Milan Airport

3hrs 50mins
Looking for Hotel Only in Milan Airport ?