Looking to escape the 9-5 and head off somewhere a little more exciting for a while? We reckon you’ll be bowled over by Salford. Sitting pretty in Manchester, it’s one of our favourite places in United Kingdom.

Most people tend to go to Salford for 1 days, and they particularly like jetting off in January. September has proved itself the least popular time to travel – but going in the low season does have some plus points, like littler crowds and bigger bargains.

Once you’ve decided when to go, you need to pick a place to stay. If you like taking your lead from others, you might find it interesting to know that most of our customers go for 3-star accommodation, which will set you back around £39.33 a night, while Mercure Manchester Piccadilly Hotel, Britannia Manchester Hotel, Britannia Sachas Hotel Manchester, Travelodge Manchester Central Arena Hotel and The Edwardian Manchester, A Radisson Collection Hotel reign supreme as the most-booked hotels in Salford.

But there’s no need to copy everyone else – we’ll sort you something that’s right for you. If it’s a three-star hotel you’re after, we can find you somewhere for as little as £15 a night, although most places are closer to £39. For a four-star room, you can expect to pay £57 a night, with the cheapest option being just £29. And if you’re looking to live a life of luxury, we’ve got some five-star places on our books, too. These average out about £80 a night – but, if you’re lucky, we might be able to source something for £46.

Hotels aren’t the only thing we’ve got heaps of – we’ve got our fair share of flight options too. Right now, 45 airlines fly direct to Salford, with Ryanair, Jet2.

Browse a cracking selection of the most popular hotels in Salford

Manchester
7.6
(based on 175 reviews)
Stayed here a few times now over the past years. Still offers good service, polite and welcoming staff.
John from London checked in Fri 23 Aug 2019
Room Price from
£28
(per person per night)
View More

Manchester
5.1
(based on 150 reviews)
Very good for centre but if need any ironing bring your own as only got 1 ironing room in the 6th floor
Kenneth from Stoke-On-Trent checked in Sat 02 Nov 2019
Room Price from
£15
(per person per night)
View More 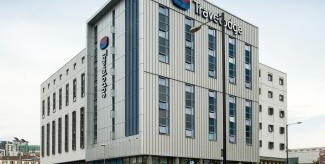 Manchester
9.0
(based on 80 reviews)
Fabulous hotel.Everything about our stay was 5*We had great cocktails at the library bar.The resteraunt served amazing food and had a very upbeat vibe,what a great place
Helen from Harrogate checked in Fri 15 Apr 2022
Room Price from
£60
(per person per night)
View More

Check out our amazing blogs and get the lowdown on Salford before you go!

We love Budapest. It’s a city filled with wonder, and which offers luxury without the hefty price tag. Whether you’re in the mood for a romantic couples holiday or an…

Work out when the best time is to visit Salford

Find the right flight for you to Salford

1hr
Looking for Hotel Only in Salford ?