Looking to escape the 9-5 and head off somewhere a little more exciting for a while? We reckon you’ll be bowled over by Brooklyn. Sitting pretty in New York State, it’s one of our favourite places in USA.

Most people tend to go to Brooklyn for 6 days, and they particularly like jetting off in April. January has proved itself the least popular time to travel – but going in the low season does have some plus points, like littler crowds and bigger bargains.

Once you’ve decided when to go, you need to pick a place to stay. If you like taking your lead from others, you might find it interesting to know that most of our customers go for 4-star accommodation, which will set you back around £70.74 a night, while Sheraton Brooklyn, Condor Hotel, Marriott Brooklyn Hotel, Hotel Indigo Brooklyn and Holiday Inn Express Brooklyn reign supreme as the most-booked hotels in Brooklyn.

But there’s no need to copy everyone else – we’ll sort you something that’s right for you. If it’s a three-star hotel you’re after, we can find you somewhere for as little as £79 a night, although most places are closer to £87. For a four-star room, you can expect to pay £71 a night, with the cheapest option being just £58. And if you’re looking to live a life of luxury, we’ve got some five-star places on our books, too. These average out about £87 a night – but, if you’re lucky, we might be able to source something for £86.

Browse a cracking selection of the most popular hotels in Brooklyn

Brooklyn
10
(based on 1 review)
A fantastic hotel, very clean, the staff were very professional and helpful nothing was too much trouble. The inclusive breakfast was amazing ... Everything from cereal to fresh fruit, bagels to boiled eggs and a vast range of teas and coffees. The neighborhood was good too some lovely deli shops near by and really easy for metro access.
Sandra from Exeter checked in Sun 20 Oct 2019
Room Price from
£42
(per person per night)
View More 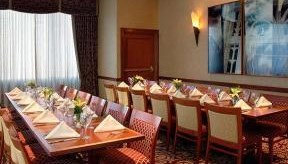 Brooklyn
Room Price from
£50
(per person per night)
View More

Check out our amazing blogs and get the lowdown on Brooklyn before you go!

Inspire your next couples holiday with some of these romantic short breaks across Europe and beyond. Perfect for just a few days away, here are four great city break ideas that…

Up and Coming Holiday Destinations for 2022

As the peak of the summer holiday period for 2021 begins to draw to a close, thoughts inevitably turn to winter sun and destinations for next year. If you’re like…

The American Dream: 10 Classic US Destinations

A vast landscape of bustling metropolises, sun-soaked countryside and incredible natural wonders, it’s no wonder why the USA has remained one of the most popular holiday destinations in the world….

February is a popular time of year for taking a holiday, particularly for families as UK schools break up for half term. However, if you’re able to travel outside of…

A holiday with friends can be one of the most special experiences, and there’s so many great occasions to do this especially for the young, free and single crowds. From…

New York is the perfect city for a couple’s break. Packed with things to do, you can experience the buzz of the city by day or night. From shopping to…

Work out when the best time is to visit Brooklyn

Find the right flight for you to Brooklyn

11hrs 15mins
Looking for Hotel Only in Brooklyn ?