Popular areas to stay in Riga

Room price from
£11
per person per night
View More

Room price from
£27
per person per night
View More

Browse a cracking selection of the most popular hotels in Riga

Riga
8.8
(based on 73 reviews)
Lovely hotel. Room very comfortable, clean, all you could wish for. Staff very friendly. Breakfast to die for.
Andrew from Sandwich checked in Sat 07 Dec 2019
Room Price from
£21
(per person per night)
View More 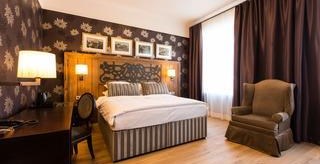 Riga
8.5
(based on 22 reviews)
What a wonderful hotel. Spotlessly clean art nouveau style. The staff were lovely. Really welcoming and happy to help in any way. Riga an amazing city full of smart eateries and fantastic architecture.
Debbie from Blandford Forum checked in Mon 16 Dec 2019
Room Price from
£29
(per person per night)
View More 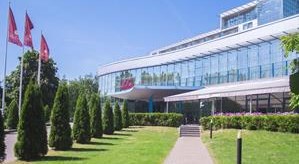 Riga
8.2
(based on 55 reviews)
Hotel really nice, located in a park - bit of a walk to the Old Town. Breakfast lovely, rooms clean and tidy. Lots of seating areas and staff really helpful and friendly,
Karen from Bedworth checked in Sun 19 May 2019
Room Price from
£14
(per person per night)
View More 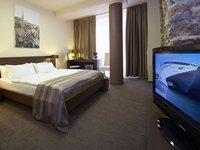 Riga
10
(based on 2 reviews)
Brilliant staff and a very fantastic hotel. Near to the Old town of Riga. Spa facilities are awesome with Sauna, Steam Room, Jacuzzi and Salt Room. Will definitely visit again
Mehul from Wembley checked in Tue 23 Apr 2019
Room Price from
£39
(per person per night)
View More

Half Board In Riga
View More

Full Board In Riga
View More

Self Catering In Riga
View More

Whether you're looking for a beach getaway or city break, Riga has something to offer every discerning traveller

Alongside the national galleries, the museum houses art from as far back as 5,000 BC. There are also regularly changing exhibits of modern fashion and textiles.

Car lovers will enjoy this collection, said to be the largest in the Baltic. The museum opens, newly-renovated, at the end of 2015.

Why not take the kids to see more than 4,000 animals in one place? The zoo includes a tropical house, a traditional petting farm, and a special exhibit of Latvian owls.

The monument takes pride of place in the city centre as a symbol of Latvia's independence. It's made from granite and copper, and is more than 42 metres high.

The garden is in the middle of the city, yet tucked away - a great place to escape for lunch or a quiet evening stroll. It covers 12 acres and is the oldest public garden in Riga.

The busiest season in Riga is the summer, when the combination of good weather and outdoor festivals brings lots of people to the city. It's said that the city is most beautiful at Christmas, when the giant tree in the square is bedecked with lights. Come in January for the Riga Music Festival, but wrap up warmly as the temperature regularly drops below freezing.

Check out our amazing blogs and get the lowdown on Riga before you go!

Portugal is one of Europe’s most popular travel destinations. Nestled between Spain and the Atlantic Ocean, it’s no surprise that Portugal has abundant seafood and beautiful beaches. In addition to this, the…

The vibrant Red City of Marrakech offers a world of photo opportunities. Photo lovers will appreciate everything from the Atlas Mountains landscape to the pulsating Jemaa el-Fnaa square. Colour is…

From colourful costumes to terrifying pumpkins, we’ve come to accept many (frankly bizarre) Halloween traditions as normal. But from where did they originate? We’ve done some digging and uncovered the…

Work out when the best time is to visit Riga

Find the right flight for you to Riga

Adazi
Looking for Hotel Only in Riga ?