Formed in 1946, North Rhine Westphalia is the economic engine that powers Germany. Düsseldorf, with its fabulous nightlife and shopping, is what modern Germany is all about; while on the border with Belgium and the Netherlands, Aachen embraces Charlemagne and the Holy Roman Empire. Bonn hums to the sound of Beethoven symphonies, as the cultural centre of Münster runs on the pedal power of 55,000 students. Cologne and its lofty Dom are a must-see, as is the chance to watch Dortmund play football.

The capital of the North-Rhine Westphalia region is home to high flying advertising and fashion industry executives. The Altstadt, running along the Rhine, is home to impressive historic sites like the Rathaus and the church of St. Maximilian, the city's modern buildings are the real draw. World famous architect Frank Gehry designed the Rheinhafen, a complex of buildings for media and the arts whose avant-garde curved facades have become Düsseldorf's iconic landmark.

Stroll hand in hand along the sensuous Rhine.

Try the many beers on offer.

From Baroque to Brutalism, the city boasts one of the most eclectic and avant-garde cityscapes in Europe.

Room price from
£19
per person per night
View More

Founded in the 9th Century, Dortmund was part of the Hanseatic League during the 13th and 14th Centuries before becoming an important industrial centre following German unification. Today the city is transformed, with almost half its territory consisting of waterways, woodland and green spaces. Football and beer are the two religions, and the city is a fitting location for the German Football Museum.

Dortmund is a major brewing centre with a great selection of bars. Head to Wenkers Brauhaus, the oldest in Westphalia, to sample the local brew, Urtüb.

Room price from
£20
per person per night
View More

The former capital of West Germany is one of the country's oldest cities, dating back to Roman times. With such a rich history, it's not surprise that the city, occupying the southernmost part of the vast urban expanse of the Rhine-Ruhr region, is a real cultural gem. With top quality museums, stunning architecture and the birthplace of the city's most famous son, Ludwig van Beethoven, the city boasts an arts and culture scene to rival any in Europe.

This wealthy city has a clutch of upmarket restaurants.

Beethovenfest is an annual celebration of classical music, featuring over 70 international orchestras.

Room price from
£21
per person per night
View More

In 1984 Neuss celebrated 2000 years since its foundation, and vies with Trier for the title of Germany's oldest city. Given its age, tourists are drawn to the many historic Roman sites - who founded the city in 16 BC. The city is not stuck in the past, however: Museum Insel Hombroich combines Easter and modern art in beautifully designed grounds, whilst the Langen Foundation's striking steel and glass building presents contemporary art in minimal surroundings.

In and around St. Quirinus-Münster there are unpretentious, quality restaurants.

The old town has some stylish cocktail bars.

Room price from
£18
per person per night
View More

The most commonly spoken language is German.

The currency used in North Rhine-Westphalia is the euro.

Düsseldorf
7.0
(based on 6 reviews)
Room Price from
£21
(per person per night)
View More

Düsseldorf
8.1
(based on 2 reviews)
Room Price from
£24
(per person per night)
View More 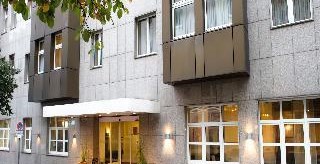 Düsseldorf
8.0
(based on 9 reviews)
Room Price from
£21
(per person per night)
View More 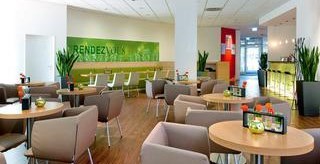 Düsseldorf
8.1
(based on 7 reviews)
View More

Half Board In North Rhine-Westphalia

Self Catering In North Rhine-Westphalia

Full Board In North Rhine-Westphalia

Whether you're looking for a beach getaway or city break, North Rhine-Westphalia has something to offer every discerning traveller

A magnet for pilgrims and tourists, Cologne Cathedral is the most visited attraction in Germany.

Visit the baroque splendour of Brühl and its amazing staircase to have your breath taken away.

Formally a Benedictine abbey, Corvey and its monks spread Christianity throughout northern Europe.

Be sure to visit the Westfalenstadion in Dortmund and take in a match for the incredible atmosphere.

Taking place before the beginning of Lent, the Cologne Carnival can only be described as Mardi Gras to the extreme.

A wide boulevard of trendy shops, this is where to look for designer fashions while relaxing at pavement cafes.

Enjoy a scenic cruise down the Rhine from Cologne to Mainz while taking in the fairytale castles and rolling hills.

Marinated roast beef with a raisins and gingerbread sauce, served with dumplings or boiled potatoes.

A one-dish oven baked meal of potatoes, eggs and onions with bits of bacon and mettwurst sausage.

The palest of all German beers, Kolsch can only be produced by breweries in and around Cologne.

Bars and clubs abound all throughout the Old Town, with Chlodwigplatz and Alteburger Straße at the height of the action.

Regarded as a beer city, Dortmund has a plethora of bars and restaurants to choose from in the Kreuzviertel district.

Fancy a drink? One square kilometre in the city's Old Town contains 260 bars, restaurants and breweries.

With 50,000 students, Munster has a lively nightlife with the best bars located around the market square.

Find the right flight for you to North Rhine-Westphalia